School Secretary of the Year Award

The administrator’s secretary is an important part of every school; and, OASSA annually recognizes the Ohio Secretary of the Year at the secretary Conference. Nominations are obtained from building principals throughout Ohio, and are judged by a select panel of the OASSA Board of Directors. The award recipient attends the annual Secretary Conference as a guest of OASSA, and is recognized during the conference by Jostens Corporation. Applications are distributed to OASSA members in September, with completed applications due in October.

For more information about the Secretary of the Year Award, contact Associate Director Heather Powell at (614) 430-8311 or email at: hpowell@oassa.org. 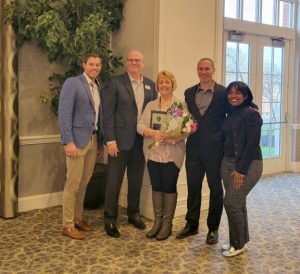